Reference: 000202
€250.00 (including VAT) €201.61 (excluding VAT)
A precursor movement of contemporary design, born in Germany at the beginning of the 20th century, the “Bauhaus” style has succeeded in settling in time, its refined forms and its intelligent functions.
A new generation of Excellence, captured in a timeless design.
Every evolution of our pens has been focused on our decades of experience.
This pen brings great durability to every task.
The Excellence is now equipped with a full metal spring-loaded clip, preventing its deformation and making it easier to hold the pen to a pocket or a folder.
This model features a graphic geometric pattern with a limited color palette reminiscent of the Bauhaus art movement of the early 20th century.
Chrome trim
all-metal casing
high-quality, multi-layered lacquer finish
full-metal spring-loaded clip
Twist mechanism
Length: 138.5mm
Weight: 50g
Gift Boxed
Takes a Parker type refill Bauhaus, was a German art school operational from 1919 to 1933 that combined crafts and the fine arts. The school became famous for its approach to design, which attempted to unify the principles of mass production with individual artistic vision and strove to combine aesthetics with everyday function. The Bauhaus was founded by architect Walter Gropius in Weimar. It was grounded in the idea of creating a Gesamtkunstwerk in which all the arts would eventually be brought together. The Bauhaus style later became one of the most influential currents in modern design, modernist architecture and art, design, and architectural education. 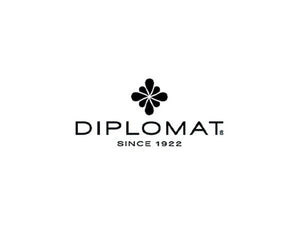 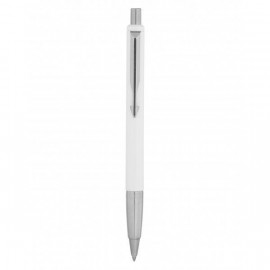